The Archaeology of Beer

"Dr. Pat McGovern, a biomolecular archeologist at the University of Pennsylvania Museum of Archaeology and Anthropology, in Philadelphia, is standing before some large and inscrutable scientific equipment on the museum’s fifth floor as he explains his process to me. 'We always start with infrared spectrometry,' he says. 'That gives us an idea of what organic materials are preserved.' From there, it’s on to tandem liquid chromatography–mass spectrometry, sometimes coupled with ion cyclotron resonance, and solid-phase micro-extraction gas chromatography–mass spectrometry. The end result? A beer recipe."

"Could Australia’s tech stock frenzy ignite the next Silicon Valley?" asks this piece in the AFR.

“I have seen businesses that give up equity and head over too early to the US, but then had difficulty managing their growth,” said Ms LoRusso. “There is a skills shortage and funding shortage holding back tech entrepreneurs in Australia, which forces them to accept the money more easily available in the US. You can have a great idea but the ability to nurture that through its growth stage is very limited, largely because of that funding gap of $1 million to $10 million and a skills shortage. So picking the time to expand is critical.”

For some growing start-ups, certain Asian countries might actually offer better scope for expansion than the US. My experience has been that many Australian entrepreneurs either don't realise this or don't know how to tackle the opportunity, because few role models are available to them and because Asia doesn't have as much mind share in Australia as one might expect.

Urban design as a predictor of public health

Fascinating and so obvious when summarised thus:

If there is a park or some kind of store within a half mile of their home, school-age youth are more than twice as likely to walk. If destinations are farther, they wait for a parental chauffeur. Think of the implications: a community with one central mega-sports complex with several baseball diamonds and soccer fields can actually be bad for children’s health if it replaces small parks scattered every few blocks.

Combine this with the tendency for lifelong exercise and eating habits to be influenced in childhood, and it's clear what the implications are.

Worth reading the whole piece: "Why Cul-de-Sacs Are Bad for Your Health"

Five trends and buzzwords I hope will die in 2014

Snip: "As everyone thinks about what we can expect in 2014, Bernadine Brewer shares the five trends and buzzwords of 2013 she hopes are left behind. It’s that time of year again. The time when suddenly our e-newsletters, our favourite blogs, our Twitter timelines fill with predictions of the future."

Why We Can’t See Inside Poultry Production, and What Might Change if We Could

Snip: "In the past months, there have been several troubling research reports, from different parts of the world, exploring aspects of the same problem: Multi-drug resistant bacteria are present in chicken, apparently because of the use of antibiotics in poultry production, and are passing to people who work with, prepare or eat chicken, at some risk to their health." How often do employees of VC-backed startups get stock options?

A start-up employee (or perhaps an entrepreneur) asks this question:

How often do employees of VC-backed startups get stock options?

In India, this varies a fair bit. My usual suggestion to entrepreneurs I have worked with is to give options to all employees but I recognize that this may not always be feasible or even desirable. A few things to note about Indian startups:

If you’re an employee of a VC-backed startup and you do want stock options as part of your package, good for you. I would recommend you bring this up with your startup’s founders. A long-term-oriented founder should find your attitude refreshing and positive.

I have too many mobile web browsers

How many web browsers do you run on your computer? Two? Three? Four at most? I have three on mine. IE (because it's there), Firefox (because I like the add-ons) and Chrome (because I can do without Firefox's add-on bloat sometimes).

Now how many web browsers do you have installed on your phone? Two at most, I imagine.

I also used to have Opera Mobile until I uninstalled it out of sheer confusion, and some of my apps have built-in browsers too, such as Pocket and my password manager.

It sounds crazy and it is. So why do I have so many? Because I actually need each of them for a slightly different purpose! I haven't even listed other browsers built into apps which I don't use very much.

Dolphin is good when you want to be able to switch between device profiles easily and do other somewhat fancy things, but it's not always necessary. I like Opera because it's fast. I absolutely hate it sometimes for the way it clears its cache when I come back to it from another app. I use the built-in Android browser only to log on to (some) wi-fi hotspots. And Firefox Mobile is (was) nice but too bloaty for my poor obsolete-after-two-years phone.

So, yes, it really is crazy to have this problem. Essentially good enough browsers (except, um, one) have existed for PCs for a long time. Why not the mobile too?

Are services start-ups the poor cousins of the start-up/VC world?

An entrepreneur asks this question, which not so long ago would have been quite an absurd thing to contemplate:

Why do we see more product companies than services companies? When investing, do VCs also tend to have a bias?

Actually, if you ask any tech-focused investor in India, they will lament that there aren’t enough product companies in India. Even some of the companies that claim to be product companies actually have a strong services orientation.

The reason for favoring product companies is because they have high gross margins and high operating leverage. Generally speaking, services companies have low fixed costs and high variable costs, which means that the cost of servicing customers (usually manpower) moves in tandem with revenue growth, necessitating constant investment back in the business. In contrast, product companies don’t have particularly high growth in variable costs as sales grow.

Note that this doesn’t mean that product companies are ‘better’ than services companies. For example, a services company may be able to more quickly respond to changes in customer needs, whereas a product company may need to go back to the drawing board. The first big development of the Indian IT industry in the 90s was clearly based on a services model and several entrepreneurs and their employees and investors made a lot of money.

Note also that the distinction between a product and a services company isn’t always cut and dried.

How important is traction vs a potentially revolutionary idea that is yet to gain traction? How do you decide to invest in a company that has great traction but no revenue model?

‘Potentially revolutionary’ seems to imply very little traction so far. It also implies expectations of explosive growth. That’s the key to thinking about this: if revolutionary, not evolutionary, is your game, then showing traction in the form of revenues and cash flows isn’t as important as sign-ups, usage, going viral and other non-financial metrics. Then your job becomes one of convincing investors on how you will achieve these metrics.

Now, does this mean that pitching non-financial metrics will always work? Not necessarily. Investors in India and other parts of Asia do care a lot about monetization and for good reason. Broadly speaking, non-financial measures of traction are not sufficient to attract large cheques. There is absolutely nothing wrong with working on an evolutionary business instead of a revolutionary one — and this often results in a better outcome.

Snoozers Are, in Fact, Losers

Snip: "On a typical workday morning, if you’re like most people, you don’t wake up naturally. Instead, the ring of an alarm clock probably jerks you out of sleep." 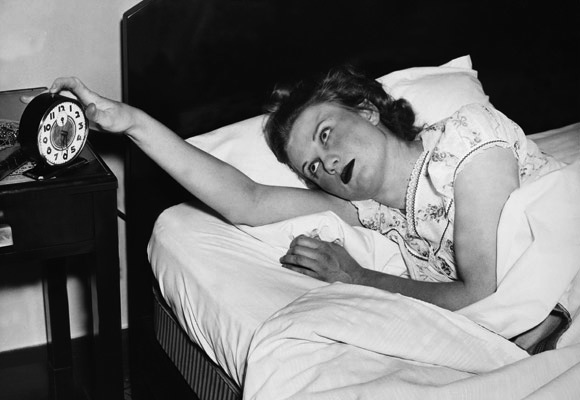