Add an infinite series of positive numbers... and get a negative number

No, really. Not a prank or a joke or mathematical sleight of hand. Look.

How can this be?

The proof was obvious the moment the guy wrote down the equations for S1 and S2 early into the video but that didn't prevent me from watching this through to the end and being mesmerised all the way.

Snip: "Ranked No. 609 in the world with an estimated worth of $2.8 billion, Adani runs India’s largest port, a power company and a commodities trading business. A large chunk of his business is located in Gujarat, and the government under Modi, who has been running the state since 2001 and now is the favored prime ministerial candidate in the national elections this spring, has been more generous to Adani than to any other industrialist there. Adani has, over the years, leased 7,350 hectares–much of which he got from 2005 onward–from the government in an area called Mundra in the Gulf of Kutch in Gujarat. FORBES ASIA has copies of the agreements that show he got the 30-year, renewable leases for as little as one U.S. cent a square meter (the rate maxed out at 45 cents a square meter). He in turn has sublet this land to other companies, including state-owned Indian Oil Co., for as much as $11 a square meter. Between 2005 and 2007 at least 1,200 hectares of grazing land was taken away from villagers."

Bizarre job interview -- my most successful Quora post ever

An answer I wrote to someone's question on Quora is currently racking up about 1,000 new views per day. Completely unexpected!

The question was: What is the most bizarre job interview you have ever been party to?

You're not a member of Quora yet? Ok, here's what I wrote:

My friend's office is small-ish and easily accessible, not a big office tower with security guards and receptionists.

So my friend, who was the CEO and founder of his company, was trying to fill a mid-level position and had a bunch of interviews set up one after another. Just as he was ushering in his next candidate, a golden retriever that had a collar but no leash walked in alongside the candidate.

He was naturally quite bemused but rolled with the punches like a true entrepreneur. Interview begins, dog saunters around, doesn't really bother anyone, lies down under the table for a bit and then leaves the room out the same door it entered.

The interview isn't over yet.

My friend can't take it any more. He likes the candidate and the interview was otherwise normal so now he bursts out, not angrily but very curiously, with, "Why did you think it was normal to bring your dog to an interview?"

The candidate's reply was, "My dog? I thought it was your dog! I wanted to ask you the same question!"

Turns out the dog had just been out for a loiter and decided on a whim to traipse in an opening door.

Some people liked the answer so much that they used their own Quora credits to promote the answer to others. It was even featured by the BBC last month!

One of my favourite things about the post was this really funny response: "I like that they were so courteous as to await the dog's exit before addressing his presence in the room."

Will Singaporeans live in economic ghettoes?

Snip: 'Rather than asking “How can we raise wages (and hence spending power)?” or “How can we make Singapore more affordable?”, many rose in a spirited defence of our apparent affordability, seeking to poke holes in a survey that approximates and compares middle- to upper-income price baskets across major cities.'

Snip: "At a shareholders meeting on Friday, CEO Tim Cook angrily defended Apple's environmentally-friendly practices against a request from the conservative National Center for Public Policy Research (NCPPR) to drop those practices if they ever became unprofitable." 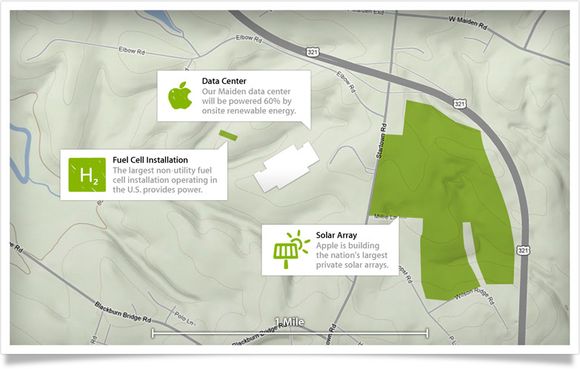 Snip: "“What’s your iPhone strategy?” That’s one of the questions Vuclip CEO Nickhil Jakatdar frequently got asked when he was trying to raise money for his company over the years."

I've recently started reading about a whole bunch of topics outside my own domain. I've always done this actually. I'm just doing it in a more measured and purposeful manner now. I don't quite read a book a week yet but I may get there at some point.

I don't need to force myself to read. I'm a naturally curious guy so reading a lot and reading on several varied subjects is easy. (I do need to occasionally stop myself from reading tiny snippets of articles that make one and only one point, and spend time instead on longer essays and books.) The actual subjects or styles of book I read aren't important as long as they're something new and are readable. Meaning, don't ask me to read Cosmopolitan magazine or something. Obviously, by reading new stuff, I learn about the subjects of those books. But, subtly different, I also find it helps me make connections in my head that I wouldn't otherwise have made. Juxtapose something written by Scott Adams (he of Dilbert fame) with something else written by Salman Rushdie and something else entirely different written by, say, a historian, and who knows where that will lead the mind?

And it's not just about learning things by reading. I love trying other new things. I have no intention of staying tucked away into the rabbit's fur. Whether it's learning to paraglide or cooking something I've never cooked before or talking to a stranger about their occupation, the magic is in the newness not in the medium or the subject itself.

Will this mean I will be an expert at any of this? Hardly. But that's not the point. The point is experiencing new things. It's about not falling into habits.

It's one reason I ride a motorcycle. (I have several other great reasons. Ask me.) In a car, you're in your own little world, insulated from the outside world. Sort of like listening to a muffled conversation. You know there's stuff going on outside and you can sort of hear it, but not really, and it's hard to participate. Not that you want to. On a motorcycle, you're IN the heart of it all. It's all around you. I don't mean that it's dangerous and therefore it challenges you. I also don't mean that a sufficiently experienced person can't safely ride a motorcycle in a sort of "auto-pilot" mode, just as you can in a car. I simply mean that all your stimuli are experienced in a much more raw, unmuffled manner than in a car.

I'll give you an even simpler, sillier example of what I mean by experiencing new things. For most of January and February this year, I couldn't ride my motorcycle (for a reason not germane to this post). That forced me to take the train or bus to wherever I wanted to go. Now I've obviously used public transport plenty often, just much less so in the last three or four years. What happened when I started to take the train again on a daily basis was that I saw and did things I otherwise wouldn't or couldn't. I did things I used to do and had fallen out of the habit of. I saw how, say, smartphones and more crowded trains had changed the commuting experience. I read while commuting. I watched other people. I observed how foot traffic moved and re-learned how incredibly annoying the public address system in Singapore's trains is. I did things other train commuters find banal because they do them every day. Although I missed riding my motorbike, I also found it genuinely stimulating to do something different for a change. All just from taking the train!

My Chinese teacher has a new student she told me about last week. This student is in her 40s and started learning Chinese from absolute zero. Now, when I first signed up with my teacher, I told her I just wanted to be able to have conversations and that I didn't care about reading and writing so much. This other student wanted to do it all. And the thing is, she's been raving to my teacher that learning to recognise Chinese characters and write them with the correct stroke order has helped her memory improve. Not just for learning the language. Episodic memory too. She's absolutely convinced of it. Her explanation is that she's now working her brain in ways she wasn't working it before -- and specifically it being Chinese means that she's had to learn a totally different writing system from the alphabet-based languages she already knows -- and this is helping her brain form connections in memory that wouldn't otherwise occur. Now, I have no idea about the neuroscientific basis for this claim and frankly I was sceptical when I first heard it. But thinking now about it more broadly, surely there must be some merit to the idea that challenging yourself to do new things could open up vistas of the mind that weren't visible before?

The thing is the mind also gets remarkably quickly used to whatever new situation it finds itself in. This is why, if you take a long road trip or an extended beach holiday, at some point you start to feel as if you've been doing it forever -- or at least I do. So if you really want to keep things fresh, you have to keep doing new things. Which, when I put it that way, sounds like more of a chore than it actually is. I relish it myself.

All this is great from a high-level, make-your-brain-more-adaptable standpoint. The interesting thing is that it's also great from a more practical standpoint. A superb example is of the guy who wanted to design a better sanitary pad for poor women and decided to actually wear a prototype himself to see what it was like. Not for a minute or two but for extended periods of time. Even when faced with ridicule. Even when his family and community ostracised him. This is how you figure out the answers to questions like, "How do people think?", "Why do people do certain things they way they do?" and "What do my customers need?" because you've put yourself in those people's shoes.

All of which are great skills for entrepreneurship and investing.