I'm cheering Lazada's acquisition of RedMart – but probably not for the reason you think.

A couple of years ago, I wrote about the need for more soft landings. Why? To enable more risk-taking. Set up as many incubators as you want but that isn't going to incentivise new venture creation as much as a culture that, if even if it doesn't quite applaud risk-taking, at least provides the chance of a safety net for those who don't quite make it to the big time.

The South-East Asian entrepreneurship scene has grown leaps and bounds over the last few years. The number of entrepreneurs and people aspiring to join start-ups has definitely hit critical mass. Whereas I might have been at most two degrees of separation away from every single person in tech start-up circles a few years ago, I'm not sure I can make that claim now. There is also a vastly greater amount of sectoral and functional depth in the market now.

The one thing we don't yet have enough of is soft landings. And that's where the Lazada-RedMart news is so encouraging. 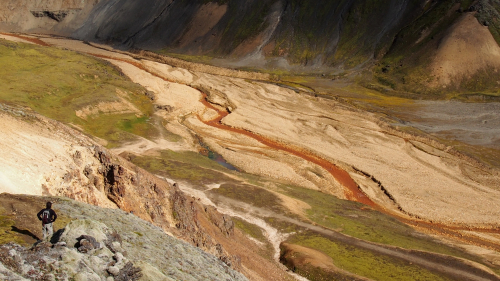 No one said it would be easy.

By all accounts, RedMart had been struggling for a while. Singapore is not an easy market to operate in. Consumers are sophisticated (read: informed and hard to please) while also being price-sensitive (read: informed and hard to please). On the back-end, costs are high. Large rounds of later-stage start-up financing are still not easy to come by in South-East Asia and RedMart was certainly one of our few trailblazers in this regard. Which is why, when the company's investors threw up their hands this year, it was imperative for the health of the community overall that RedMart find a buyer.

Now, does this mean that this was a profitable sale for investors? Not likely. The earliest angels may have made money if all investors had pari passu status (very unlikely) or the latest investors may have got their money back if they had LIFO liquidation preference rights (but that doesn't mean they would make a profit). Either way, few if any are going home happy.

But again, that's not the point: the entrepreneurial community, the broader matter of consumer choice and investors all reap the benefits when entrepreneurs try new things, staff join them, and the market funds them. Even if the company doesn't eventually get to the promised land.

The twist in all this, of course, is that Lazada was itself the beneficiary of a white knight in the form of Alibaba swooping in to rescue the company. I didn't comment on that deal when it happened because Lazada wasn't a traditional start-up in the sense we really think of one. The spillover benefits to the overall community in terms of providing encouragement to other founders weren't great, because Lazada (and other Rocket Group companies) although run by people with stellar backgrounds don't really fit the image of traditional founder-driven start-ups.

A version of this post first appeared on e27.