Taking enterprise social media to the next level

I am very pleased to announce that my firm has invested in Unmetric, a New York-headquartered company that is the leader in providing competitive intelligence on over 10,000 global brands that use social media. These three pieces contain further details.

We invested in Unmetric because of our answer to this question: how are large enterprises using social media within their broader marketing and customer service strategy?

In our view, the first stage of enterprises truly engaging with social media was when brands formally started listening to what customers were saying online, using such tools as, for example, Radian6 (bought by Salesforce for $326 million in 2011).

The second stage of brands rapidly coming to grips with social media was when enterprises began reaching out to customers to build relationships with them, Buddy Media being one of the tools used for this (also acquired by Salesforce for $689 million in 2012).

What Unmetric does is then the logical next step: benchmarking your brand against the competition and figuring out on a daily basis what, when and how to post online for your brand to achieve the best engagement. As far as a time-poor digital marketing manager or agency researcher is concerned, it's like having a super-human team of data scientists, market researchers and software engineers all working together to deliver key insights -- not just metrics -- in real time.

But let's not deal in abstractions. Here's a typical report prepared by Unmetric, this one analysing the US telecom industry. See slides 9 to 13 for examples of the kinds of insights Unmetric provides its customers.

The Telecom Industry on Social Media from Unmetric

Customers generally see insights like this not on static reports but on a personalised dynamically changing dashboard, on which they can click through for further details.

Update: I forgot to mention that they're always on the lookout for smart and fun people to join the team. Please spread the word.

Excerpt: "Online investigators have exposed a network of hijacked computers that defrauded advertisers by generating billions of fake ad views. The so-called botnet scheme, which hijacked 120,000 residential PCs in the US and cost advertisers millions of dollars a month, highlights the increasing complexity and opacity of online advertising."

How Big Data Is Transforming the Hunt for Talent

Very interesting but I wish people wouldn't brandish the Big Data buzzword at anything and everything. This is good old-fashioned analytics at work, but analytics does not equal Big Data (or vice versa). 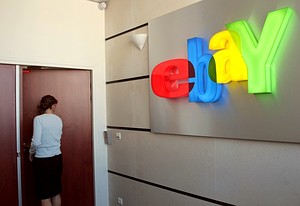 Either they've lost their minds or they're desperate to try something, anything to regain the initiative since the IPO fiasco.

Too many people than I care to count have made the point that Facebook users are on Facebook to communicate and socialise, not to buy products. Facebook themselves have touted their ability to help advertisers with the branding problem, not what is known in the trade as "performance media" (i.e., an ad that helps achieve a specific goal, whether that is a click-through or a lead or a sale).

But the very act of tailoring brand advertising to the individual user defeats the original purpose of branding as Don Marti lucidly explains here. The point of brand advertising is to shout from the rooftops that one's firm or product is of high quality. Shout? Why? Because:

Targeting users precisely for brand advertising leaves consumers unable to assess whether the ad comes from a reputed company or a guy in his underwear selling worthless widgets from his parents' basement, because web users know that web ads are cheap.

This is of course not the case when the brand being advertised online is a large, well established one. Every web user knows that IBM and Ford are big companies with reputations to maintain. But that is the crux of the matter -- those reputations were not formed by campaigns targeted down to the individual. They were formed via various forms of broadcast media. Try establishing a brand new brand (uhh...) exclusively with targeted advertising and without leveraging an established brand. Get back to me once you've run out of budget.

I meant to write a longer post where I say more on this and a related topic but that will have to wait for now. I promise that post isn't about Facebook... or isn't exclusively about Facebook!

Quick update: the broadcast-advertising-as-signaling-mechanism concept is certainly true in India. Smart start-ups in India turn to TV, radio and print at the first possible chance when they can afford it, because the relatively conservative Indian consumer (especially in smaller towns where scams are not unknown) interprets being on TV as being high-quality.

The A/B Test: Inside the Technology That's Changing the Rules of Business

This sounds so radical but it's really not that new. At least three of my portfolio companies have been applying these techniques for quite a while now.

Kaggle is a platform where companies, researchers and governments can host competitions to help solve huge data-related problems. About 50 competitions have been run to date and members take just days to solve problems that have stumped scientists for years.

"To date Kaggle has crunched data on dark matter, predicting which used cars are likely to be bad buys, improve the World Chess Federation's official chess rating system, and predicting the likelihood that an HIV patient's infection will become less severe, given a small dataset and limited clinical information," Kaggle claims.

[Founder Anthony Goldbloom] spoke to many CIOs who all said they wanted to do more predictive modelling but their enthusiasm didn't match actual adoption. Goldbloom concluded that the problem was that the product was too technical and the barriers to entry too high."I just became obsessed," said Golbloom. "It was so much better than trying to predict unemployment next month and getting it wrong."

via From Bondi to the big bucks: the 28-year-old who’s making data science a sport

The title of this post, of course, refers to a contest by Netflix some years ago.

The ideas of competition, wisdom of crowds, and cross-disciplinary analysis themselves are not particularly new but the application of these ideas to big data analytics is new, driven by advances in storage, parallel processing, cloud computing, etc, and by the increasing imperative for organisations to be smarter about what they do with the data they possess.

The phrase Big Data is trending big on the Ingternecks these days and I predict it will only continue to snowball in the next few years. May become as prevalent, even cliched, as terms like Tipping Point, BRIC and so on.

A piece by the New York Times titled U.S. Intelligence Unit Aims to Build a ‘Data Eye in the Sky’ shows yet another of the possibilities that come with this development:

More than 60 years ago, in his “Foundation” series, the science fiction novelist Isaac Asimov invented a new science — psychohistory — that combined mathematics and psychology to predict the future. Now social scientists are trying to mine the vast resources of the Internet — Web searches and Twitter messages, Facebook and blog posts, the digital location trails generated by billions of cellphones — to do the same thing.

But a perceived hitch along the way:

Advocates of privacy rights worry that public data and the related techniques developed in the new Iarpa project will be adapted for clandestine “total information” operations. [...] The ease of acquiring and manipulating huge data sets charting Internet behavior causes many researchers to warn that the data mining technologies may be quickly outrunning the ability of scientists to think through questions of privacy and ethics.

Alright, but once Pandora's box is opened, how does one put everything back inside and lock it up? Not possible. Even ignoring this practical reality, if one looks only at the moralities and ethics of it, what they appear to be doing is taking information publicly available on the Internet and analysing it, just that this is being done with large-scale automated systems rather than manually. Is that wrong? Isn't this what private corporations already do today for profit?