Clay Shirky on an important lesson from the poor implementation of Healthcare.gov:

In well run organizations, information runs from the top down and from the bottom up.

As Clay points out in his piece, well run organisations gain the benefits of efficiency and effectiveness by taking this approach.

Just as important, this approach also gives line employees a stake in outcomes and implicitly creates a sense of motivation and purpose. Without two-way information flow and some degree of devolution of control to those actually doing the work, your organisation is almost guaranteed to see talent walk out the door. Beyond a point, no monetary incentive can compensate for the frustration that talented employees feel from the lack of genuine control over one's work.

Which is what I mean by the very tongue-in-cheek title of this post: the more you frustrate your own employees, the more likely they are to leave and start something of their own.

See Clay's piece for background: Healthcare.gov and the Gulf Between Planning and Reality

The rediscovery of India

Snip: "Is India even a country? It’s not an outlandish question. 'India is merely a geographical expression,' Winston Churchill said in exasperation. 'It is no more a single country than the Equator.'"

Snip: "Although Singapore is now littered with great entrepreneurial tech talent, many of them won’t get a dime more of funding after their initial boost. Their ideas and businesses will fail, and the entrepreneurs and employees will retreat to “safe” engineering, sales, and marketing roles at the regional Singaporean sales offices of multinational corporations (MNCs) battered and gun-shy, reluctant to ever try entrepreneurship again." A couple of months ago, I was chatting with a government scholar who went overseas to do a masters in computer engineering. Upon returning to the government agency, he requested for an engineering position he saw on the agency’s job portal. He was denied that request, and was told that “scholars are to do high level, long term planning, instead of such development-focused roles”. Top engineers need challenging technical problems. Deny them that, and they will seek challenges elsewhere.

In a country where the government sets the tone for everything, is it any surprise that such thinking results in things like the following:


I’ve been repeatedly told that graduating Singapore engineers — should they decide to stay in the field — prefer to become project managers, while the ones who do become engineers are foreigners. When the demand for project managers exceed that of engineers, something isn’t quite right.

So you hate cyclists? Read this

Rational arguments don't always work when it comes to emotive topics. However, for what it's worth:

You might be stuck behind a cyclist for 8 seconds. Usually much, much less. I know it seems like a long time, but it’s not. It’s 8 seconds. That’s with heavy oncoming traffic. However, you’re not stopped for that time, you’re traveling at 20mph. This means that slowing down, waiting for traffic to clear and passing the cyclist safely costs you about four seconds… max. Do you want to risk my life (permanently) and you being a murderer (forever) for four seconds? Really?

Imagine if all those people on bikes that you hate commuted downtown one-per-car. What would that do to your commute? What would that do to your parking availability downtown? What would those additional heavy cars do the pavement condition (remember that my bike doesn’t wear the road at all) ? I’ll give you a hint … you’re a lot better off with the cyclists. They’re doing you a favor. They’re saving you money. They’re paying the same as you for that road, but using it less. You should be thanking them. You should be handing me a cupcake through the window.

Ok, so someone tell me again why this is even an issue, let alone an emotive one?

Plenty more here: You're going to kill someone

Of course, soon after I post this, I (barely) see a Darwin Award candidate on a black TT bike, dressed in black on a dark street without a headlamp. Idiot.

Two wheels are better than four

Car drivers need to stop trying to apply their standards (not to speak of their sense of entitlement) to cyclists. Here's why:

India, Long the Home of Outsourcing, Now Wants to Make Its Own Chips

Excerpt: "The government of India, home to many of the world's leading software outsourcing companies, wants to replicate that success by creating a homegrown industry for computer hardware. But unlike software, which requires little infrastructure, building electronics is a far more demanding business." 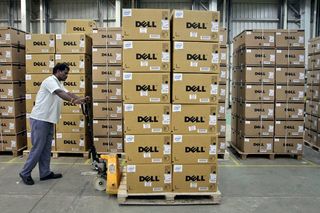 Excerpt: "Over the last ten years I have worked with something like 35 different government agencies in the UK, Netherlands, Singapore, Australia and New Zealand. All are trying to support early stage business through economic intervention of some kind. I am struck by the fact that arguably the most successful country at entrepreneurship in the world — the United States — offers very little public support to entrepreneurs. It just clears the way for them to get on and do the job themselves." Excerpt: "For the last several years, [Gujarat's Chief Minister] Modi has been successful in projecting his "vibrant Gujarat" as a role model of economic growth and himself as ''Vikas Purush". Though one must give due credit to Modi for his effective skills in making projections, one must also critically analyse this "growth story of Gujarat" based on facts and figures"

Choosing an office location for your start-up

Paul Graham makes a great point about where to house your new start-up in this piece from 2010:

It's a smart move to put a startup in a place with restaurants and people walking around instead of in an office park, because then the people who work there want to stay there, instead of fleeing as soon as conventional working hours end. They go out for dinner together, talk about ideas, and then come back and implement them.

via Where to See Silicon Valley

Yes and no, I guess.

If you're an ad agency or other media type in Singapore, you already do this. The whole Club Street area, for instance, if full of agency types who don't go home after work. (Whether that is an unquestionably good thing is another question entirely.)

But if you're a tech start-up located at Science Park or Block 71 or a big JTC office park somewhere, hmm, I don't know.

This clearly also has implications for policy-makers.

This advice also depends on which country we're talking about.

In Singapore, it's certainly easier for colleagues to hang out after work at a nearby bar. In most Indian cities, going to after-work drinks itself feels like work.

There's also the small matter of cultural preferences. Whether people hang out with each other after work and where they do so depends not only on the availability of nearby restaurants or even commute times, but also on whether it's a cultural norm. The Japanese are well known to go drinking after work with co-workers even several times a week (hence, capsule hotels). In contrast, Indians, particularly ones with families, don't really have a big drinking culture but may visit colleagues at home or organise social gatherings with co-workers and their families outside the office.