Why do VCs hunt in packs?

One point that has been remarked upon in a bit less detail is the fact that Sequoia was thesole VC to invest in WhatsApp. Rob Go of NextView Ventures seems to have been the first to talk about this at any great length. He wrote:

I can almost guarantee that if any other fund was an investor in this company, the cap table would look very different by the time they exited. Well done.

Very true. Well done indeed. (Not that Sequoia is waiting for the rest of the industry to pat them on the back.)

“For This I Took a Bath” by Beau Considine

Rob explains why this sort of situation is very rare. In summary: it takes guts.

It also requires having a lot of dry powder, a VC partner who is willing to stick their head out without social proof, and the ability to convince a genuinely successful entrepreneur that they don’t need a different investor at the table in their next round of financing.

Dan Primack of Fortune asked whether Sequoia’s phenomenal success as the lone WhatsApp investor meant the death of social proof. Dan feels that social proof “deserves to be on the run” but also hints that it is unlikely to go away. Why? Because being the sole investor requires conviction.

CB Insights dug into their database to see how many other large VC-backed tech exits in the US had just one institutional investor and found that just 7 out of the 100 largest exits fell into this category. (I unfortunately don’t know which companies these 7 are.) Their conclusion? Leaning in requires conviction.

Conviction. Guts. Is that the #1 factor?

That’s probably because the US financial markets are the deepest and most sophisticated in the world. Not only do start-ups have access to the world’s largest and oldest venture capital industry, they also have access to other forms of financing, such as from wealthy individuals, the government, venture debt providers, banks, hedge funds and several other financial entities. All this makes the market incredibly competitive. A consequence of this is that consistently generating outsized returns is very hard. This implies that if a fund does have access to a high-return investment opportunity and they have strong conviction about it, they quite rationally should take a shot at being the sole investor. If they don’t, someone else in their highly competitive marketplace will happily jump in.

How does this play out in India and South-East Asia? Quite differently.

Continue reading "Why do VCs hunt in packs?" » 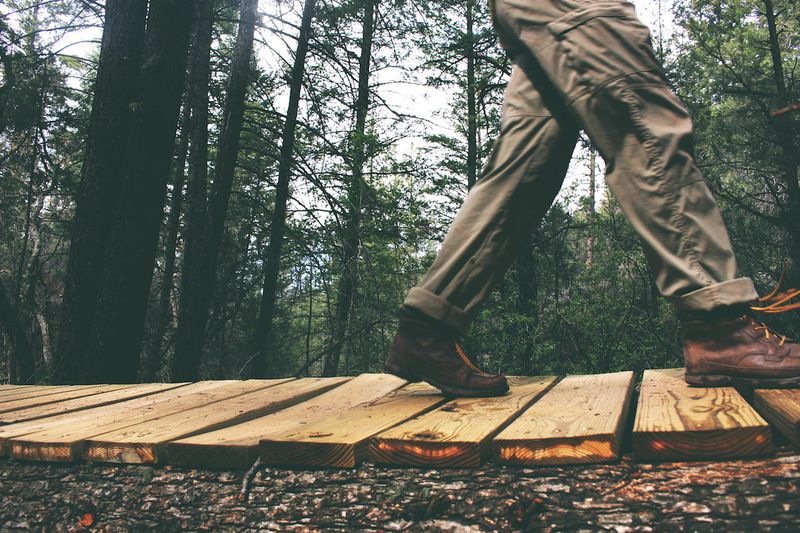 Why short-term fixes won't help with your long-term goals

Those who know me know that I have a visceral distaste for the concept of jugaad, which means "making do". Jugaad is usually spoken about in India in positive light -- often for good reasons -- but I think it's worth aiming higher. Read this and this for reasons why I think using jugaad as a guiding principle sets yourself up for mediocrity.

I'm not the only contrarian in this respect.

Amit Saberwal is a senior hotelier-turned-entrepreneur who has deep insights into the travel industry. In a blog post he wrote a few months ago, he gets into the guts of why optimizing for the short term can have a negative impact in the long term. Said differently, optimizing for local maxima can sometimes mean entirely missing the longer path to a global maximum.

Specifically, Amit points out why hotels shouldn't pass on OTA commissions to online customers and shouldn't offer preferential prices to customers who call them directly even if this looks like the easiest way to compete.

An independent hotel is tough business to run. The lack of differentiation in the brand and product means that hoteliers have lower bargaining power with third party distributors.  I have been speaking to scores of hoteliers and one common operating procedure they employ is to simply increase the price of the hotel by the amount of commission they need to pay Online Travel Agents.

Example if a hotel generally sells at US$100 and the market manager for Expedia insists on a 25% commission, they start selling the hotel online at USD 125 on all online channels, including their own websites.  They then track the Average Daily Rates AFTER paying commissions. Should any customers search on an OTA and call the property directly they promptly discount the rate by 10-15%.  It is a win-win situation for all in their mind - the customer gets a discount, the hotel gets revenue that is over and above  their Average Daily Rates and the OTA is cut out.

Makes perfect sense? Except that this is a terrible idea!

Read the rest here to see what Amit recommends hotels do instead.

Snip: "Walking in San Francisco a while ago, I saw tied to a tree the cutest pit-bull puppy, fur as soft as Porsche-quality chamois and warm eyes that could melt a hole through a glacier. So I reached down to pet this dog. And then reached back fast, as its jaws closed millimeters from my fingertips." 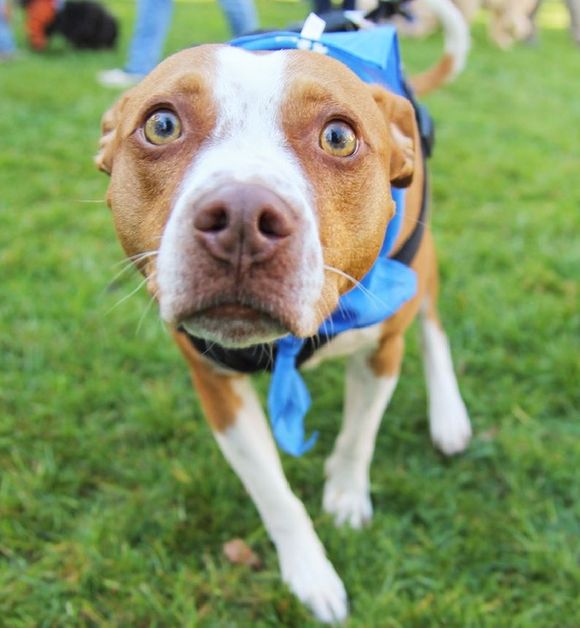 Snip: "A small US-based company called Solar Roadways are developing a solar road surface that, if installed nationwide, has the potential to produce more renewable energy than the entire country uses." 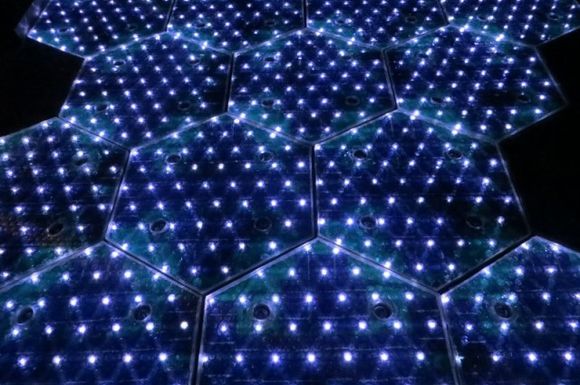 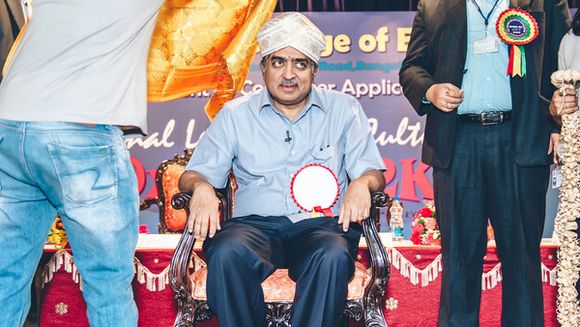 No, Tinder Is Not Worth $5 Billion 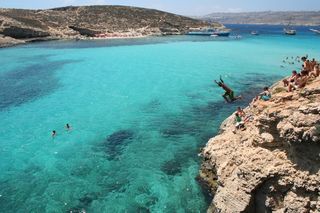 We need more soft landings in Singapore, India, and other markets in SE Asia for start-ups that fail to fulfil their initial promise. Why? So that more potential entrepreneurs and start-up employees will actually take the plunge.

I'm a little late to the party but I just realised that Brandscreen, an ad-tech company that went into administration at the end of 2013, was bought by a US ad-tech firm last month. I've been told that Brandscreen went through a raft of problems prior to its entering administration but I also know that they had some great assets in their staff, intellectual property and client roster.

It's a virtual certainty that none of Brandscreen's shareholders made a profit on the sale to Zenovia, but that's not the point. We need more of these fall-back options which will allow start-up founders and employees to dust themselves off and live to fight another day, whether that be at another start-up or at a larger organisation. Over time, prospective white knights will find that there are talented, motivated and cohesive teams, not just individuals, available to them.

Getting this started is the responsibility of everyone here -- senior entrepreneurs, investors, large tech companies, corporate executives, everyone. Ultimately, we will all benefit from increased start-up activity and greater market depth, so it's up to us to make it happen.

The Crossroads of Should and Must

Snip: "There are two paths in life: Should and Must. We arrive at this crossroads over and over again. And each time, we get to choose. Over the past year I’ve chosen Must again and again. And it was petrifying. And at times it was dark. But I would never, ever, trade this past year for anything." 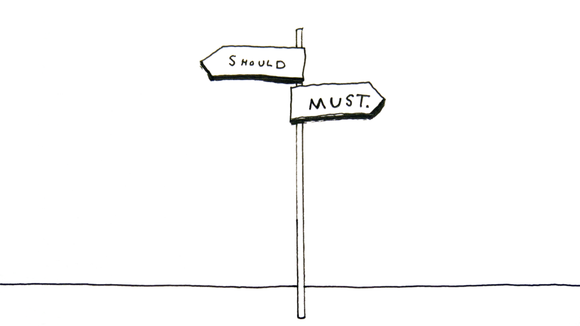 Add an infinite series of positive numbers... and get a negative number

No, really. Not a prank or a joke or mathematical sleight of hand. Look.

How can this be?

The proof was obvious the moment the guy wrote down the equations for S1 and S2 early into the video but that didn't prevent me from watching this through to the end and being mesmerised all the way.