The future of online marketing

We all know that Marc Andreessen has a huge following. Somewhat less known is that he also gets on lots of people's nerves. Reasons for that are varied. One of the several reasons is that he has strong opinions and expresses them in a way that is sometimes discomfiting. Here's one great quote:

The consumer Internet industry, really the consumer Internet media industry, has done a terrible job over the last 20 years at giving brands the marketing solutions that they need. Solutions that provide the level of trust—the provable metrics, audience segmentation, and targeting—and the assurance that if something goes wrong it'll be made good: all the things that traditional advertising companies have been very good at providing. In our world too many companies try to just put all this stuff online and just make it a free-for-all. What that gets you are these online marketing auctions, these rock-bottom CPMs, and these just terrible, useless metrics. And it's just kind of been a sort of a race-to-the-bottom disaster.

I couldn't agree with this more. I am starting to work with a few companies who're out to tackle this very problem -- from the perspective of marketers and advertisers.

Plenty of other great soundbites on other topics here: http://management.fortune.cnn.com/2013/11/21/marc-andreessen/

The internet mystery that has the world baffled

Snip: "For the past two years, a mysterious online organisation has been setting the world's finest code-breakers a series of seemingly unsolveable problems." 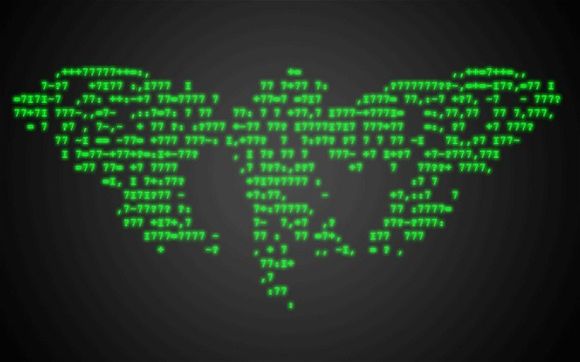 Clay Shirky on an important lesson from the poor implementation of Healthcare.gov:

In well run organizations, information runs from the top down and from the bottom up.

As Clay points out in his piece, well run organisations gain the benefits of efficiency and effectiveness by taking this approach.

Just as important, this approach also gives line employees a stake in outcomes and implicitly creates a sense of motivation and purpose. Without two-way information flow and some degree of devolution of control to those actually doing the work, your organisation is almost guaranteed to see talent walk out the door. Beyond a point, no monetary incentive can compensate for the frustration that talented employees feel from the lack of genuine control over one's work.

Which is what I mean by the very tongue-in-cheek title of this post: the more you frustrate your own employees, the more likely they are to leave and start something of their own.

See Clay's piece for background: Healthcare.gov and the Gulf Between Planning and Reality

Disclosure: my firm was an early investor in Tudou, one of the companies named in this piece.

Now that's what I call an endorsement (@Unmetric)

In real time, unsolicited and exceeding the requester's needs: 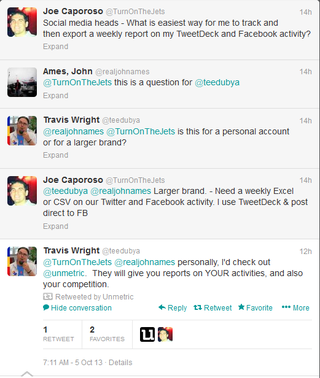 The Internet, as predicted in 1981

I was invited to participate in a panel at Techventure 2013 this week. Several interesting panels and speeches. I didn't manage to attend all of them but here are some of the more interesting comments I noted:

Arun Poojari of Amobee (now a unit of Singtel)

Very interesting to hear Arun say this given that he speaks as an insider of both the advertising and the telecom industry:

There is an oversupply of mobile inventory today versus demand. Compare this to television where there may be only ten minutes of ad inventory per hour of broadcasting, so you can more readily defend your pricing.

Mobile advertising market is a $4b market today and will be $50b in 5 years.

Minimum charge of 99c on Android is a big hurdle for penetration into prepaid subs in emerging markets. Emerging market subscribers often have a balance smaller than that on their prepaid phones and only top it up with minute quantities whenever they need it. Entrepreneurs in these regions need to be smart about how they monetize in this environment.

The entire digital advertising budget in India last year was $150m across web and mobile. Indonesia is 1/10th of that. You can't build a web or mobile business for markets like this if you're only going to focus on advertising revenue.

Producing great entrepreneurs and companies needs tension and pressure. YC provides $14-20k to each company. Nothing more. We do not provide personal accommodation or office space. Entrepreneurs have to figure out how to survive 3 months on that and create a big company.

Important for Singapore to figure out how to ensure young people stop thinking "I need more money or need a better team or advisors..." Resourcefulness is more important than all the money, technology and other resources provided to young companies.

Why would anyone become an angel investor or an entrepreneur in Singapore? If you have money to invest over a few years, it's much easier to work normal hours and invest money in real estate and make a nearly assured 30% return per year.

Jenny was named the world's top female VC and 36th overall by Forbes this year. She is an alum of my current firm. She's originally from Singapore but has lived in China for several years now. She's one of the few people I've ever heard say that:

The Singapore government needs to get more involved with the entrepreneurship ecosystem and support it with more money.

The consensus view is that they're doing quite a bit already, mostly for the good, but need to leave the rest to other players.

I asked Pieter how many companies he sees from SE Asia that could potentially be billion-dollar businesses in coming years.

Can't speculate about valuations because that's not my domain. But our internal usage data shows companies all across Asia, not just SE Asia, that could achieve very large scale very quickly based on current growth rates. We see a few such companies in most major Asian countries.

I haven't quoted each speaker word for word. Each speaker has been paraphrased based on notes I took at the time and to add some context. Errors, omissions and lack of sufficient context are all my own fault, not the original speakers'.

Taking enterprise social media to the next level

I am very pleased to announce that my firm has invested in Unmetric, a New York-headquartered company that is the leader in providing competitive intelligence on over 10,000 global brands that use social media. These three pieces contain further details.

We invested in Unmetric because of our answer to this question: how are large enterprises using social media within their broader marketing and customer service strategy?

In our view, the first stage of enterprises truly engaging with social media was when brands formally started listening to what customers were saying online, using such tools as, for example, Radian6 (bought by Salesforce for $326 million in 2011).

The second stage of brands rapidly coming to grips with social media was when enterprises began reaching out to customers to build relationships with them, Buddy Media being one of the tools used for this (also acquired by Salesforce for $689 million in 2012).

What Unmetric does is then the logical next step: benchmarking your brand against the competition and figuring out on a daily basis what, when and how to post online for your brand to achieve the best engagement. As far as a time-poor digital marketing manager or agency researcher is concerned, it's like having a super-human team of data scientists, market researchers and software engineers all working together to deliver key insights -- not just metrics -- in real time.

But let's not deal in abstractions. Here's a typical report prepared by Unmetric, this one analysing the US telecom industry. See slides 9 to 13 for examples of the kinds of insights Unmetric provides its customers.

The Telecom Industry on Social Media from Unmetric

Customers generally see insights like this not on static reports but on a personalised dynamically changing dashboard, on which they can click through for further details.

Update: I forgot to mention that they're always on the lookout for smart and fun people to join the team. Please spread the word.

Whither Twitter, whither media agencies? (Bonus feature: a conspiracy theory!)

How scared are media and advertising agencies of this development (PDF; 384 KB)? I'd be petrified if I was them.

If you don't have time to look at that document, here's the two-sentence snapshot: Mondelez (the renamed Kraft snack food group) has done a deal with Twitter where Twitter staff will be seated in four Mondelez offices around the world, helping Mondelez with their real-time marketing by providing real-time insights, custom research and so on, in return for a minimum ad spending commitment. In effect, Twitter has turned itself into an agency.

Mondelez announced a similar deal, though more limited in scope, with Google back in May.

Now, before anyone starts jumping up and down with objections, I know that this isn't really a replacement for agencies. But it is a significant development that agencies and advertisers will be watching, and for Twitter itself as it positions itself for an IPO. If large digital platforms like Twitter and Google are able to directly provide custom services to large brands, where does that leave agencies?

On the other hand, the agency business model has historically changed so much in response to market developments that I have no doubt the smartest ones out there will continue to reinvent themselves and thrive. For example, when online advertising first started to get going, a lot of agency unbelievers thought that the Internet would disaggregate agencies entirely. Exactly the opposite happened as agencies started online trading desks to buy ad impressions on clients' behalf, started doing creative and copy for digital ads, designed online campaigns and so on.

For whatever reason, I couldn't find mentions of this news online when I checked a few hours ago, not on FT.com or on any other website. Gentlemen, start your conspiracy theories now.